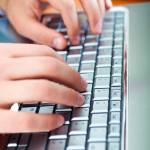 Two other examples are to supplement a user-controlled password with a one-time password (OTP) or code generated or received by an authenticator (e.g. a security token or smartphone) that only the user possesses.

Two-step verification or two-step authentication is a method of confirming a user’s claimed identity by utilizing something they know (password) and a second factor other than something they have or something they are. An example of a second step is the user repeating back something that was sent to them through an out-of-band mechanism. Or, the second step might be a six digit number generated by an app that is common to the user and the authentication system.  At Tier3MD, we use Authy and Google for 2 factor authentication.  We need to make sure we are protecting the networks we support.

If you need more information on multi-factor authentication, contact our help desk to set up an appointment.  We are always happy to assist you.