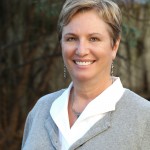 Sheryl’s career began in 1979 and is considered one of the top healthcare IT consultants in the country.   In Western New York, she started out  in medical billing, AR collections, and practice workflow for a Thoracic surgery group, and moved into software support for Medical Manager.  From there she moved to Georgia in 1998 and was involved in the Y2K upgrades for the network division of Blue Cross and Blue Shield of Georgia.  For those efforts, she was one of the recipients of the President’s Award at BCBS of GA. In 2000 Sheryl traveled the country installing digital cardiac cath lab systems, at places like DePaul in St. Louis, Baylor University in Texas, as well as hospitals in Chicago, Nebraska, New York, Texas, California and Georgia. This groundbreaking technology allowed patients to take their cardiac catheterization diagnostic test on a CD to bring to specialists to help reduce heart attacks, unblock arteries, and perform coronary artery bypass surgery with more knowledge than just the diagnostic reporting. In 2001 she became the IT Director for the Atlanta Cardiology Group, one of the largest cardiology groups in the Southeast.  In 2005, Sheryl and Steve decided to form their own IT company, and began with Atlanta Cardiology as their cornerstone client. in 2016, Steve Platnick retired and Sheryl purchased the company is 100% owner.  Sheryl is on the Board of Directors for the Georgia Breast Cancer Coalition Fund, and is also a Board member of Lifeline Animal Project. She is a Captain for the Superbowl Host Committee to help showcase Atlanta at Superbowl 53. She is a 4 time Woman of the Year Nominee for Women in Technology (WIT).  She is married with one daughter. 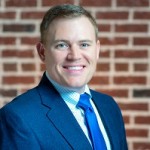 Adam Holtman, President –  Adam “AJ” has been with the company since 2007, and is one of our chief engineers.  He has extensive experience supporting our Ophthalmology practices, as well as managing our current customers.  AJ was born and raised in Georgia, lives in Acworth, GA and has a beautiful 3 and triplet girls 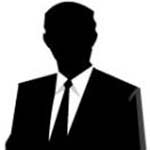 James Mitchell – Director of Field Services – “Mitch” has been with the company since its inception in 2005 and manages our field services and helpdesk teams.  He has extensive experience in Radiation Oncology, and services our larger Rad Onc practices.  Mitch was born and raised in Georgia, and lives in Snellville with his wife and 3 beautiful boys. 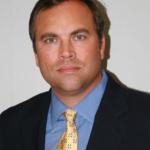 Michael has been in the healthcare industry for over 18 years. He has worked extensively throughout the southeastern United States. Michael brings a strong medical sales and business development background to Tier3MD. Originally from New Orleans, Louisiana, Michael now resides in Savannah with his wife and son. He graduated in 1990 with a BA in History from Rhodes College in Memphis, Tennessee. Michael states – “We are living in a fast changing medical electronic age. New rules and regulations are presented to physicians on a daily basis. I enjoy the fact that our medical clients know Tier3MD is extremely proactive in addressing the IT needs of a medical practice today. Tier3MD is committed understanding the IT needs of healthcare systems and physician medical practices. We have your back.” 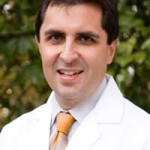 Dr. Quiñones received his Bachelor and his Master of Science at Yale University, graduating with the highest honors possible. He received his MD from Harvard Medical School, also with cum laude honors.He completed his surgery training at the Harvard Brigham and Women’s Hospital and completed an American Cancer Society Fellowship. He also was a Cancer Research Fellow at the Dana Farber Cancer Institute, investigating the molecular biology of cancer. Dr. Quiñones is published in nationally recognized journals and has consistently been named a Top Surgeon by the Consumers Research Council of America. He has also been a consistent Top Doctor in Atlanta magazine. He is board certified, a fellow of the American College of Surgeons, a member of the Society of Surgical Oncology, and a member of the Association of Academic Surgeons. Dr. Quiñones is a leader in his field and has served as chief of general surgery, chief of surgery, vice chief of staff, and chief of staff. He has been on DeKalb Medical’s board of directors for over ten years.